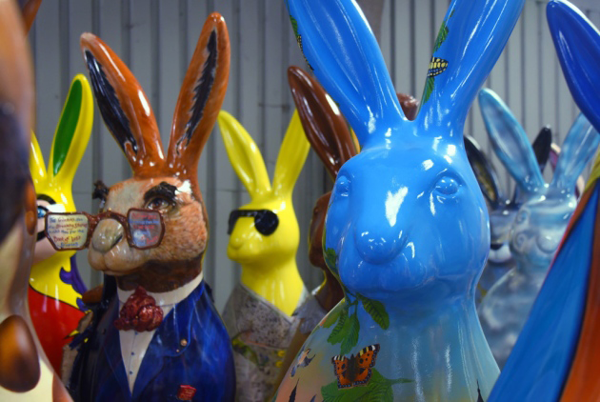 GoGoHares is open and to make it extra special during Break’s 50th anniversary celebrations, the event features not one, but three different art trails with brand new sculptures!

The Norwich city trail features 50 giant ‘ears up’ Hare sculptures all within the city walls. There are also 18 majestic moongazer Hare sculptures around the county of Norfolk including the Broads, Great Yarmouth, Cromer, and more.

Over 160 schools, clubs and groups have decorated beautiful Leveret (young hare) sculptures as part of GoGoCreate, which forms another trail, opening 2 July, around the city of Norwich.

There is something for everyone including super hero characters, a time traveller, book characters, food themes, Hares disguised as other animals and some highlighting local interest.

Look out for the ones with special connections to the local area like Boudicc’Hare, GoGo Hareatio Nelson and Mr Cel-HARE-brate Norfolk!

GoGoHares fans who discover all 50 hare sculptures dotted around Norwich could find themselves hopping over to a European city of their choice.

One lucky winner who follows the summer-long city centre trail and cracks the code on the GoGoHares trail map will win a European flight for four people courtesy of KLM Royal Dutch Airlines. Read more.