Wild in Art were delighted to be working with WWF-New Zealand, Auckland Unlimited and Presenting Partner Harcourts NZ to present Whale Tales – our second event in Auckland, New Zealand.

Taking place from 24 January – 18 April 2022, Whale Tales celebrated Aotearoa, art and marine conservation and transformed Tāmaki Makaurau – the city of sails into the city of tails!

Inspired by the Bryde’s Whale, the 80 Big Broos (large Tail sculptures) took over Auckland’s streets, parks, and open spaces providing residents and visitors with a fresh opportunity to explore the city and the surrounding area.

Each one-of-a-kind sculpture was designed by professional and emerging artists including those from Weta Workshop, Otis Frizzell, Bonnie Brown and Sofia Minson and were sponsored by generous local organisations and individuals.

80 Pēpi (medium Tail sculptures) created by children and young people as part of the Learning Programme joined the trail in mid March.

Whale Tales not only raised much-needed awareness around New Zealand’s forgotten whale – the Bryde’s whale, but after the trail each sculpture will be auctioned to help restore their home in the Hauraki Gulf.

The Gulf is an area of huge significance for Bryde’s whales, acting as a nursery where they give birth and raise their calves but the many pressures on the Gulf, from plastic pollution to overfishing, out-of-balance ecosystems and more is threatening their survival. 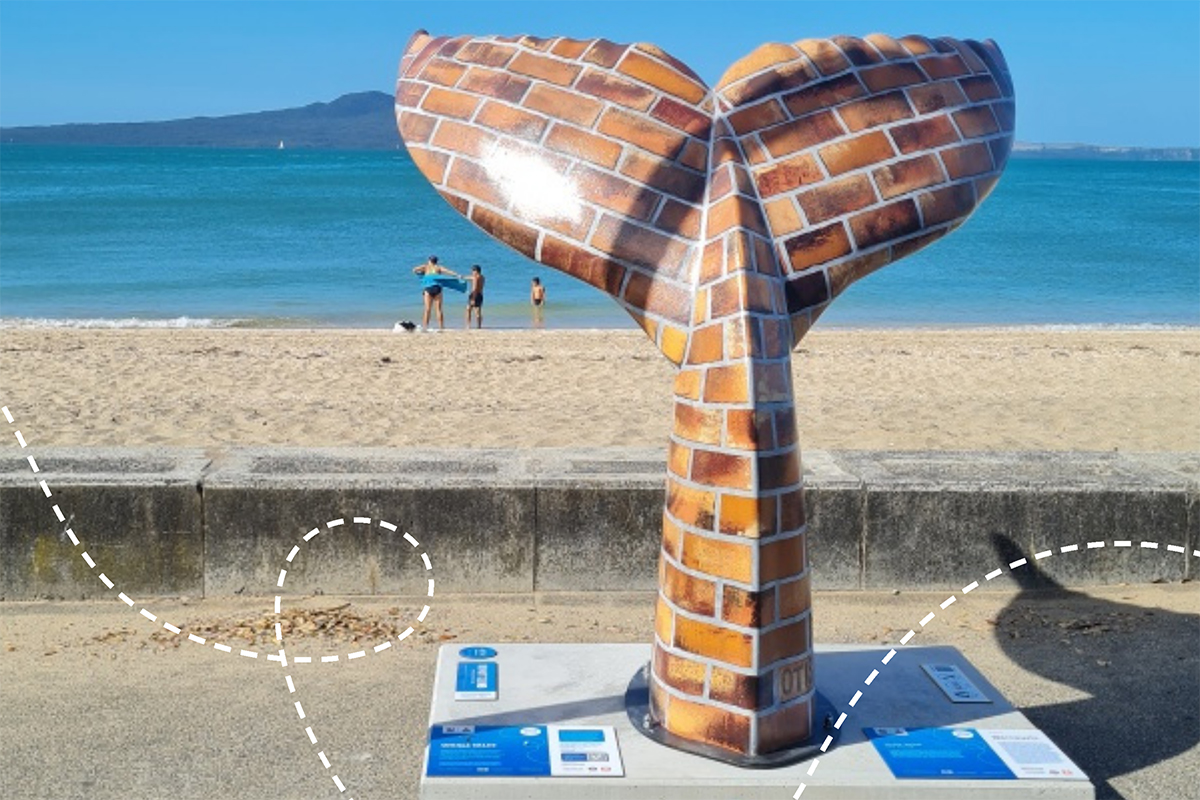