The sun bear is the smallest of the world’s eight bear species and can be found in southern China, eastern India and as far south as Indonesia. They take their name from the bib-shaped golden patch on their chest, which some say represent the rising sun. They are also known as Honey Bears because they extract honey from bees’ nests with their very long tongues.

This sculpture can help bring to life environment and conversation messages linked to deforestation – a major threat to sun bears.

Created by artist Guy McKinley and developed by Wild in Art.

As seen in The Big Sleuth. 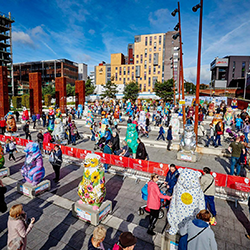 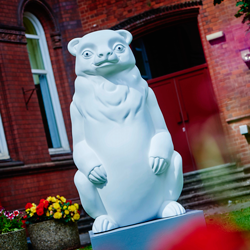 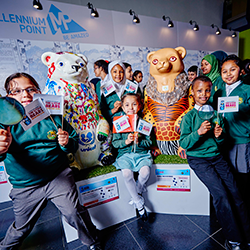